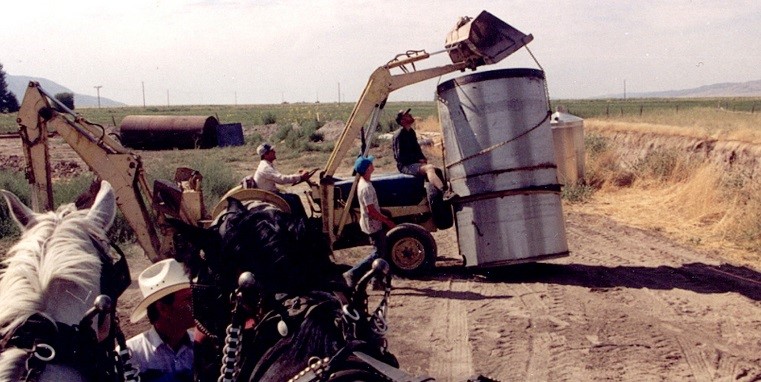 We got the first cooker at the farm in Mona, Utah, but then had to build the structure to house it!

The distillery wasn’t finished; but with one cooker operational, we had our first peppermint distillation at Mona.

But you look at this and say, wow, how could it be what it is today?

This was the first distillation of peppermint at the Mona farm in 1996. Does it look a little different now?

I needed a harvester for harvesting peppermint, so I built one out of a hay baler. Then we needed a wheel line, a mini pivot, which we built on the farm.

Then I created the first three-row lavender planting machine that I designed and built in my shop. Now it’s in St. Maries as a reminder of the early days; however, they still use it.

We needed a second lavender harvester, so I imported one from France. I imported four harvesters all together.

Then I designed and built the next one, and those are the harvesters we use today.