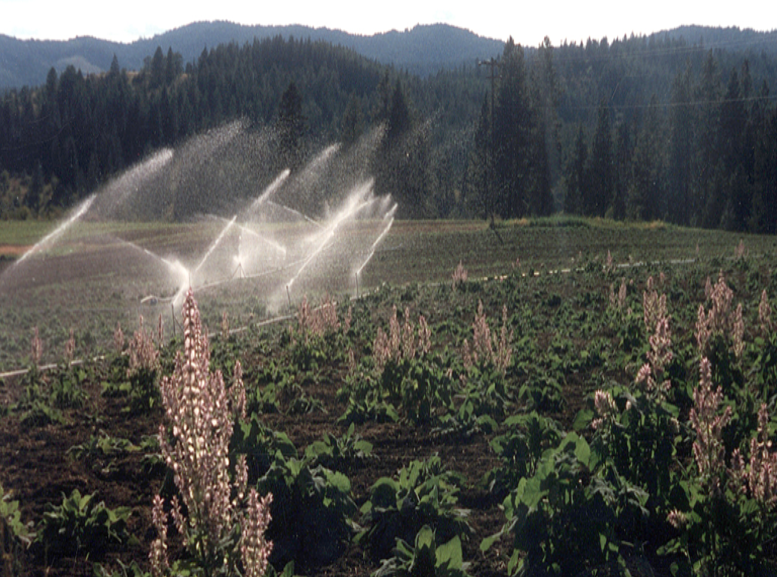 Gary said he would build an irrigation system to water his fields of clary sage powered by a 5-horsepower motor. Sprinkler experts scoffed saying it couldn’t be done. Don’t ever say that to Gary! Here is the finished system!

Well, when it was running, like this picture shows, I called him on the phone and said, “Chuck, would you like to come out and see what doesn’t work?” The picture shows the clary sage fields being watered.

Then I started building the framework for my third distillery. I didn’t have money for it, so I cut the logs from trees at the farm in St. Maries to use for the distillery walls.

Standing to the right of Gary in this photo are Dr. and Mrs. Daniel Pénoël. On Gary’s left are Pat and Monte Holmes, the farm managers at that time.

Shown in the other picture is Dr. Daniel Pénoël, a medical doctor who has authored several books on aromatherapy, and his wife, Rose-Marie. They came to visit the farm in 1998. We’re standing in a melissa field with our farm managers at that time, Pat and Monte Holmes. Isn’t the melissa beautiful!

We also had beautiful lavender fields in St. Maries, but I can only show you so many photos.