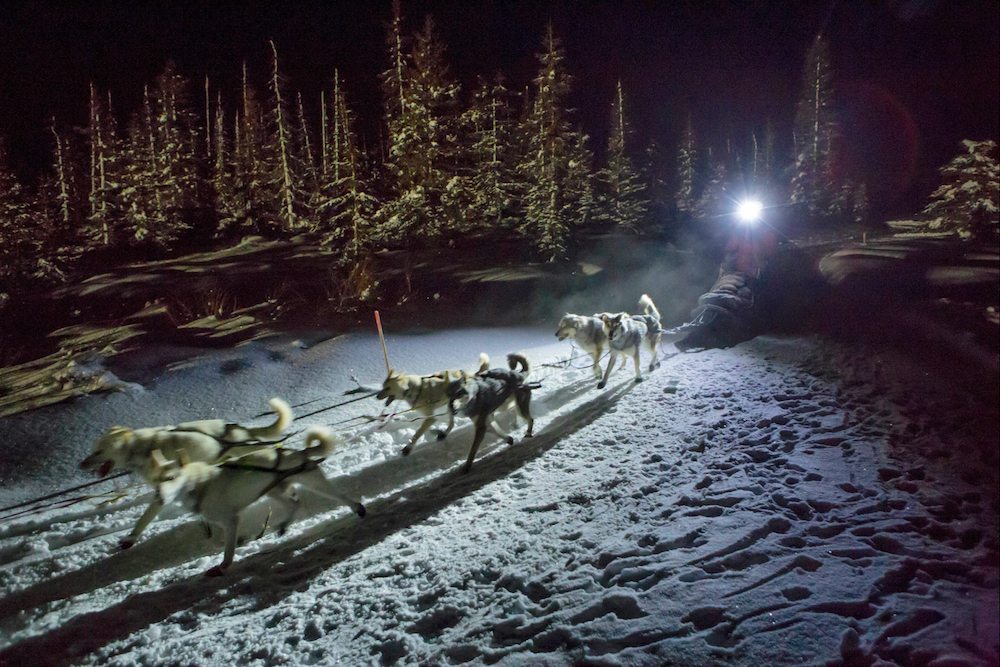 So now it’s back on the trail again. And folks, running through the night had a whole different feeling to it. What I could see, all that I could see, was what was in that headlight; and it was nice if it reached the front dogs.

You might as well just close your eyes because it isn’t going to matter. You’re going to either wind up upside down, wrapped around a tree, or crashed at the bottom of the hill. When those dogs went over that hill, they’d look back at me, stick their tongues out, and laugh: “Hang on, dude, we’re going for a ride!” And we sure did!

This is pulling into the next check station. Did I get tired? Oh, yes! And when you’re building a business, there may be times that you’ll get tired too, and you’ll want to rest. No, I had not slept well; why do you ask?

Well, the next morning, I was getting my dogs up, getting ready to go. And just as quickly as I got to my sled and got the things out to give my dogs their breakfast and get them off the stake line into the gang line, a storm moved in and it started to snow. Before I could get everything ready and get my gear on to run, we had four inches of snow on the ground. And it was chilly. A lot of reasons to quit.