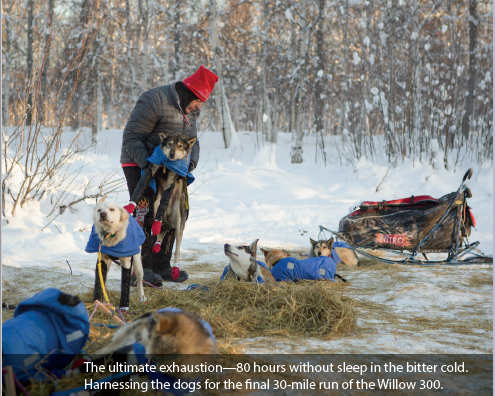 In adversity or bounty, we all have our defining moments, those times that commit us more deeply to the course that we’re on or propel us in a different direction. While Gary’s logging accident was definitely one of those, the moment he decided to pursue natural remedies to restore control of his legs might be another, as was the moment he was first introduced to essential oils. For you, it might be the moment you discovered essential oils or a difficult, soul-crushing moment like a car accident or a divorce. Either way, it was Gary’s roots that informed his new course; and your new course, should you be compelled to take it, can be informed by your roots too. It helps to know your roots.

Gary’s story is told movingly in this short video:

Until he started Young Living, Gary’s roots were in the land he grew up on in Idaho and the land he logged in Canada. It was that intimate connection with the land to which he returned when allopathic methods failed to heal him. It was his familial roots that he said both drove him to seek success off of his father’s land and in some ways even to sabotage himself. It was his roots in downright stick-to-it-iveness, a work ethic he learned as a child, that kept him going even through the pain that plagued him throughout his life.

Regarding that, in his book On the Road With Gary, Jared Turner says:

In November 2016, Gary was told he wouldn’t live longer than six months. Now, you know that Gary began right away doing everything he could to beat those odds. But after the holidays, he knew he had to do something to turn around the very real decline he was feeling. He knew he had to make a change or else his mental talk would drag him down.

Do you know how that feels? When you know in your gut that if you don’t get up, stop focusing on the negative reports, and change your mindset, your physical health is going to suffer? A lot of people would grab a good book, make a vision board, or just pray. He didn’t stop with prayer, which he carried every day in his heart, but he went into action.

I don’t mean he got up and did a few stretches, lifted a few weights in the gym, or went for a walk to clear his head. Gary entered a dog sled race that crossed the Alaskan wilderness.

Does that mean that you have to enter a dog sled race if you want to go back to your roots for strength? Not necessarily, although Gary would encourage you if you did. It does mean, though, that you think of the positive values you know, the things that have brought you joy in the past, and where you want to go, even if obstacles stand in front of you like monoliths, and then take action. As Gary said here, “Write it down. Change your rut. Connect with your ‘why.’” Eat the elk meat chili. Take that next step into the wilderness or up the mountain.

Gary liked to take new people to some of the most treacherous terrain in the mountains of Utah—and most of the time they were beginners. [He] really did an amazing job of teaching people to snowmobile, helping them get unstuck, showing them how to balance, and changing out engine belts. Despite the rigorous mentoring, though, they still managed to flip their sleds, run off tracks, and roll down hills. One year we had three people in an Evanston, Wyoming, emergency room all at the same time because they crashed and ran over each other.

Little did the staff know, though, that he and I were both observing as we went. Gary watched to see who had the “grit” he could respect in the mountains and at corporate. Who helped dig the others out or just stood there and watched? Who helped with the cooking? Who stepped up to lead?

Member Melissa M. developed grit, she says, watching Gary. She loved the oils but was a skeptic about his story. She also had no one to support or lead her and was enduring a bitter divorce. In this post, she shares how she listened to Gary sharing experiences of his trials as Young Living grew—betrayal, naysayers, loss—and grew past them by focusing on God and others.

Likewise, member Crystal B. recalls meeting Gary on the slopes of the Alta Ski Resort in Utah. She had felt led to use Humility

together. She says, “He quickly said with a tear and a sparkle in his eye, ‘Because you can’t have one without the other.’” Then, when she and her group of members had dinner at the Youngs’ home later that night, they were greeted at the door by Gary in stocking feet and an apron. “I knew then,” she says, “that his wise answer . . . was from his own experience.”