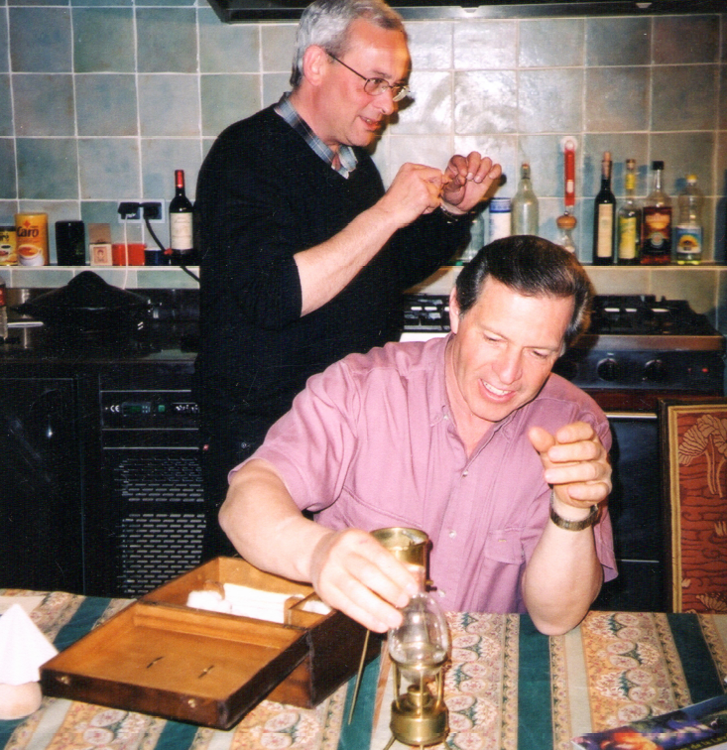 Gary with Jean-Noël Landel, his partner and farm manager of the Young Living farm in Simiane-La-Rotonde, Provence, France.

In 1990 I met lavender grower and distiller Jean-Noël Landel at the Whole Life Expo in Pasadena, California; and he invited me to come and visit him in France. However, as he was extending this invitation, I could see this little bit of reservation in the back of his eyes saying, “Yeah, he’ll never come. I know those Americans; they’re too lazy to come over to France and walk the fields and get their feet dirty.”

One month later I called him from Paris; he was very surprised but told me how to get to his house. I made my way there, up in the middle of the mountains in Provence, in a little place called Séderon. And that was the beginning.

Jean-Noël is married to an American lady named Jane from Fresno, California. She taught Jean-Noël English, and you’ll get to meet her.

They had two little children, Nicolas and Véréna; Nicolas was 3 months old. One night while I was in their house, he had kind of an upset stomach and wasn’t settling down. I took him on my lap and started rubbing his feet with lavender, and he went sound asleep. Nicolas and I have been bonded buddies ever since.