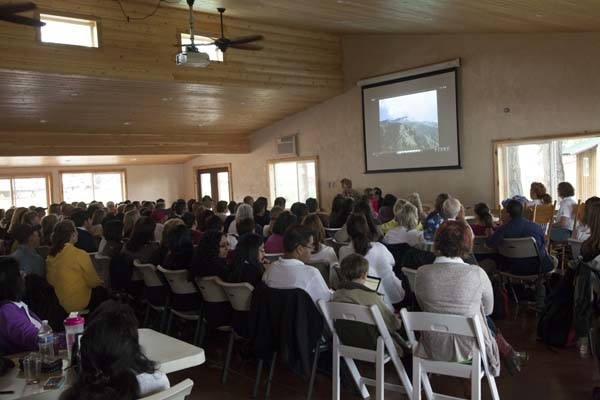 Since Gary’s passing, many members have shared their memories of him and appreciation for his legacy. Today, we share more of those memories with you as a way not only to keep his legacy alive but also to inspire others seeking wellness and contentment. Gabriele B., a member from Croatia, shares these memories:

“My nicest and most intense encounter with Gary was in Croatia in 2014. I was overwhelmed by how many people there were and by Gary, who taught the Raindrop Technique at a training I was at. I had been working to give people a unique sense of well-being, and he helped me do that more. On the last day of that training, Gary was lecturing. I was sitting pretty far up front and had frequent eye contact with him. I really wanted him to say something about a very specific topic that was very important to me. Gary arrived at the end of his lecture and was about to leave the stage when he turned and addressed the very subject that was so important to me. I understood that I didn’t need words to get in touch with Gary; my thoughts were enough.

“On the day of my departure, at the front of the hotel, I wanted to thank him for his work. Because he was surrounded by people who wanted the same thing, I saw little chance of doing this. I turned away, but then there was a magical moment, and I turned around again and Gary was there alone in front of me. I did my best to express my thanks in broken English, since it’s not my native language. He understood what I meant.

“He had an amazing energy. I was deeply dismayed at his death, but I know he left everything behind that we need to carry his work to the people. Nothing is missing.”