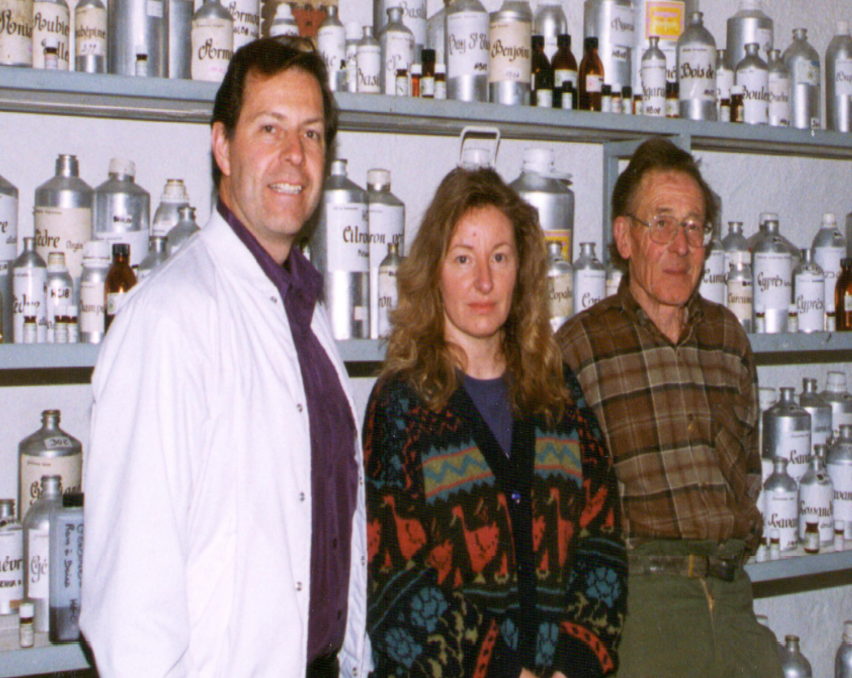 Gary is shown with Mr. and Mrs. Henri Viaud in his French apothecary. Henri Viaud is considered the Father of French Distillation.

After Henri Viaud heard my answer to his question [see last week’s blog], he was still holding up his finger, but it stopped shaking. He still had ahold of my forearm and was squeezing harder, as tears ran out of his eyes and down his cheeks. When he was able to, he then shook his finger and squeezed my arm a little harder and said, “You are absolutely right; and anyone, anyone who adulterates them, anyone who messes with them should be treated as a criminal!” And then he invited me to study and learn from him.

This picture is taken in his apothecary in France; his wife is standing between us. He also made this statement: “Mr. Gary, if you don’t grow your own plants, the day will come when you will not have oils.”

We saw that as a fact, starting three years ago. If Young Living did not have the farms we have, we would have to discontinue 27 oils. Wouldn’t that be interesting? Would that be okay with you if we did that? That’s today. But probably by next year, we would be discontinuing over 58 oils if we didn’t have farms; and the quality on the world market would be compromised for the oils that were left. That’s why we do what we do, so I really hope you all appreciate my being crazy.