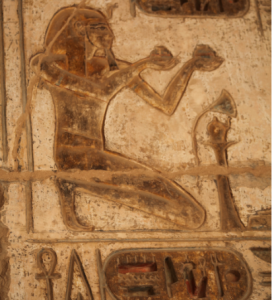 EDITOR’S NOTE: Since Gary Young’s passing, we have been taking stock of the tremendous contributions he made to the world by revisiting his presentations such as this fascinating seven-part blog post series called “The Journey to Sacred Frankincense.” Here’s Part II.

My head was spinning, trying to figure out what this was all about and what I was going to do, since it appeared that my first opportunity to be in Egypt looked like it was headed for disaster. I so wanted to know why Christ, as a child, fled to Egypt, since I’m sure there were other places he could have gone. What was the frankincense story all about? I had hoped to discover why frankincense was found in Tutankhamun’s tomb when it was opened by Howard Carter in 1922.

Why was Christ the only child recorded in historical writings to receive frankincense, myrrh, and gold at his birth? Yet, even that was shrouded with mystery as the definition in the Sabaic Dictionary, published by the University of Sana’a in 1982, states: “Gold, a type of incense.” That was a clue to something new that really piqued my interest.

Through my research and in asking questions in that part of the world, I learned that balsam oil was anciently called “liquid gold.” That seemed to be common knowledge in the Arabian world. So then I had to ask myself, “Did the translator leave out the word liquid because it didn’t seem important, or was it simply not understood?”  I was fascinated with it all and was driven to find the truth.