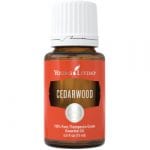 EDITOR’S NOTE: Since Gary Young’s passing, we have been taking stock of the tremendous contributions he made to the world by revisiting his presentations, such as this fascinating multipart blogpost series called The Twelve Oils of Ancient Scripture. In it, Gary examined the historical significance and traditional uses of frankincense, sandalwood, myrrh, onycha, spikenard, rose of Sharon, myrtle, hyssop, galbanum, cypress, cedarwood, and cassia. Here are Gary’s remarks on cedarwood.

Cedarwood is another aromatic with a rich, ancient history. The cedarwood referred to in the Bible is the cedar of Lebanon, one of the oldest known aromatics. Only a few of these original cedar trees survive today and are a protected species in Lebanon and Cyprus. The species, Cedrus atlantica, the atlas cedar, is probably the closest known relative of this cedar and is exceptionally rich in aromatic compounds known as sesquiterpenes.

Cedar was known for its incorruptibility in ancient times, which is one reason perhaps that the cedars of Lebanon were used to build Solomon’s temple and Herod’s temple where Christ taught.

Cedar was an integral part of two biblical purification rituals: one for the lepers and another for those who were impure from touching a dead body. Clothing was also anointed with cedar to protect it from humidity. If we look at the word “anoint,” we recognize that it has to be a form of oil or extract because you don’t anoint with dry material. You don’t anoint with bark or twigs, you anoint with liquid, usually with oil.

Cedar is very powerful in its ability to preserve and prevent decay. We see from the records and writings of ancient Egypt that cedar was used in the mummification process. It may have been cedar oil that was combined with myrrh and sandalwood as one of the three primary components used in mummification.

It is very intriguing to note that many of the oils selected by the ancient people in biblical times were oils that contain high levels of sesquiterpene activity. Cedar is over 95 percent sesquiterpenes. Sesquiterpenes are compounds that have a unique stimulating effect on the limbic region of the brain, including the amygdala, the center of emotions and memory.

Cedarwood has been traditionally used for supporting the lymphatic system, regenerating arteries, and treating various maladies. However, no recent studies have yet substantiated these effects.

I hope you have enjoyed learning more about the Twelve Oils of Ancient Scripture. Join me next time for the last installment where I will discuss the history of cassia.