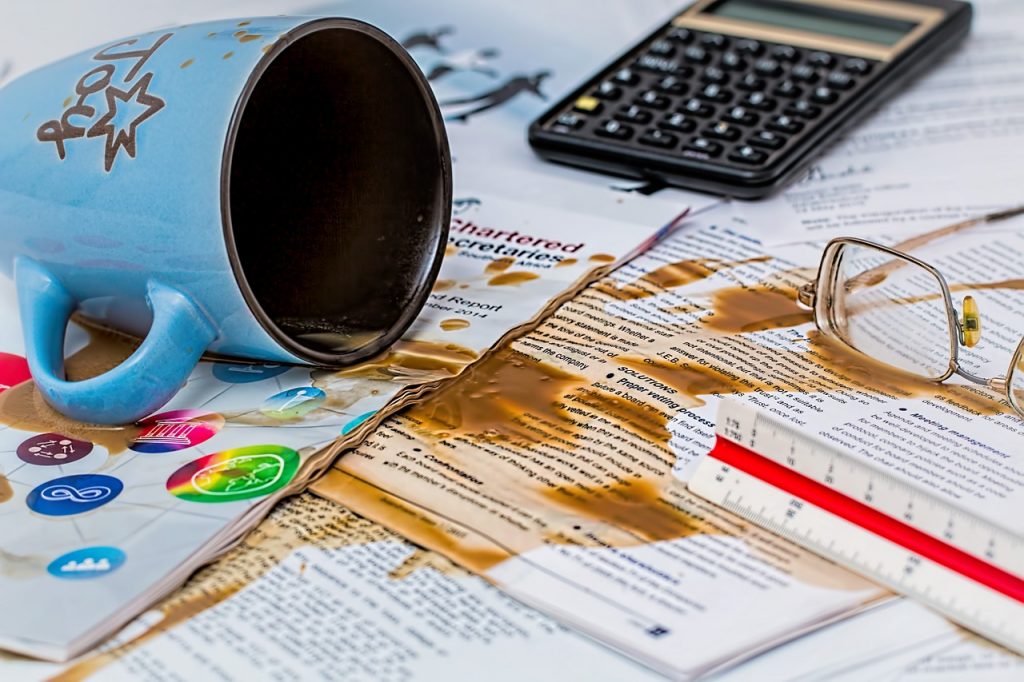 Last week Gary talked about how to cure ourselves of “excuse-itis,” resharing what he said at a 2012 Silver Club Retreat. This week, he dives deeper into what to write down and shares what you need to do today to get out of old, deep ruts of potential-blocking habits.

WHAT DO YOU WRITE DOWN?

I want you to write down: “How many times have I created my own self-sabotage?”

Ask yourself while you’re writing: “Did I sabotage myself unconsciously, consciously, subconsciously, or willingly?” The answer will likely be “yes” to all of those.

Then after you’ve written that down, just close your eyes for a minute and think about the last time you can remember when you failed at something you were doing. Look at what contributed to that failure.

If you’re not writing or recording, you have nothing to go back to to evaluate whether you made a shift to change, so you will convince yourself that you made a change while you actually did not. Because you want a change, you may talk yourself into believing one has happened; but if it hasn’t manifested in reality, you have not made a change. That’s why you’re still doing the same thing you’ve always done and are getting the same results, whether it’s with your health, your finances, your spirituality, or your relationships.

If I were at the distillery, I could pull out my distillery logs for the last 20 years. Because I have written records, I can go back and see where a mistake was made, so we don’t make that same mistake again. This is just a simple example of how writing down what we’ve done helps us to succeed by not making the same mistakes again.

A lot of people blame the economy for their failure, true or false? Young Living is one of the fastest and strongest growing companies in the world. Why? Belief. But it’s more than that. The economy doesn’t dictate anyone’s success. But if you believe it does, then that’s where it’s going to take you.

CHANGE INTO A SPACE OF KNOWING

You have to change into a space of knowing in order to change your paradigm; it’s as simple as that. You move into a space of knowing by knowing who you are and what your strength or power is. How can you know what that is if you don’t write it down and look at it? All of us have created things in our lives, but do you have something to look back on to evaluate what you’ve accomplished?

Now does that mean you’re not going to have momentary success? No, of course you will. You’ll succeed in spite of yourself in some areas and fail in others.

You must recognize what is causing your failures and what might be causing your inability to break through barriers. Why is it that you feel you cannot go up to someone to talk about Young Living, for instance? I have listened to excuses so much that I could write an encyclopedia of them, excuses like: “Well, I just don’t have the personality.” That is the sorriest excuse I’ve heard. Your personality has nothing to do with your success. I want you to write that down: “My personality has nothing to do with my success.”

I’ve shared this before, and for you who are new, I’ll share it again. In 1966, before I graduated from high school, I was voted the least likely to succeed in life by my graduating class.

Why was I voted least likely to succeed? Because my father was poor. We were poor growing up. I fought my way through school because kids would make fun of me because I wore old-fashioned clothes. I had holes in my pants because they were hand-me-downs from my cousins.

But that created in me the desire to improve and better my life, not to feel sorry for myself. Because my father didn’t have the money to buy me clothes, I started my own business when I was nine years old, my very first business. You know what it was? Trapping. I trapped beaver, bobcat, muskrat, and coyotes in the wintertime. I would build stretchers and stretch their pelts, and then, when my father would go to Idaho Falls to the fur traders, he’d take my pelts and sell them.

But that created in me the desire to improve and better my life, not to feel sorry for myself.

Back in the late 50s, I was getting $3.50 for a bobcat pelt, $2 or $2.50 for a good coyote pelt, and as much as $15 for a good beaver pelt. My father would sell my pelts, my furs, and bring the money home. I’d put it in my little bank account. Then in the spring we’d go to the stock auction, and I would buy baby calves with my money. I would feed the calves through the spring, summer, and fall, and then I would sell them and put the money in my bank account. So from the time I was in the 4th grade, my father never bought me clothes for school again; I bought all my own clothes.

I started making paradigm shifts early in my life, although I didn’t realize that’s what I was doing. That happened because I changed my desire about life. That desire was to be, first of all, different. What did that mean to me when I was nine years old? I didn’t actually know. I just knew I didn’t want to be poor. I didn’t want to grow up like my father, and I didn’t want my children, when that time came, to grow up like I did.

WRITE DOWN WHAT YOU DO WANT

But I also wrote down what I did want. I remember back in 1963 or ‘64, writing down my desire to go to Canada to homestead and carve a ranch out of the wilderness—and I did it at the age of 18. Age has no bearing on ability. Age has never been a factor for me in doing something.

We all make excuses for not doing things, and we often don’t realize we’re making excuses. Sometimes we spend more time justifying not doing something than just DOING it!

Image by Gerd Altmann from Pixabay

Yet my dad had the greatest opportunity in his life. When I was growing up, he was a big-game hunter, an outfitter, and had the largest territory in the state of Idaho. After he sold it, the man who bought it from him divided it into six regions, sold five of them, and kept one. Then he made a great living off of one-sixth of what my dad had.

I was just so frustrated to watch this. I said to my dad when I was 15 years old, “Dad, let’s go to the bank and borrow the money to build cabins down along the creek so that we can rent them out to hunters. Let’s get some new pack gear and set up some camps in the mountains, and let’s start advertising and taking people on fishing pack trips and photo pack trips in the summertime.”

We lived in the most majestic place in Idaho: the mountains. Where we lived, we were right at the foot of Twin Peaks, which was the second-highest mountain in the state. We were 9 miles from it. Our hunting territory went from our home all the way to the Sawtooths in western Idaho, and it was just huge. I had ridden almost every mile of that country on a horse. It didn’t matter whether it was Rocky Mountain big-horn sheep that we hunted, or cougar, or bear, or elk, or big mule deer–it was all in our territory. We had such a phenomenal opportunity!

Image by melgie from Pixabay

I said, “Dad, if you will do this, I’ll get a full-time job after school, and I’ll make the payments on the loan; but they won’t give me a loan at age 15.”

Then for two years, I talked to my father about my desire to move to Canada. Finally, when I was 17, I just said, “Dad, I’m sorry; I can’t stay here. I’m not going to live like this.” I loaded my two horses in my horse trailer and went to Canada.

At first I was rejected because I was underage. However, I got to the border, and they asked me where I was going. I said, “I’m going to Canada; I’m going to homestead.”

I replied, “Nobody told me I needed to bring it.”

So they let me go into Canada, but not as an immigrant; I went through as a visitor and went to the Caribou District. It was great. It was beautiful. And I got a job.

Then I got a notice that I had to either go back to the States or immigrate. I went to the immigration office as a 17-year-old and asked, “How do I immigrate?”

I was told, “You can’t; you’re underage. You’ve got to have a family member sponsor you.”

I said, “That’s a piece of cake. Can I use my uncle who lives in Alberta?”

“Nope, it’s got to be a closer relative, like a father or a sibling.”

I drove from Quesnel, British Columbia, to Idaho Falls—2,240 miles. I pulled up to my sister’s house at 3 o’clock in the morning and beat on the door until I woke her up (you all know Nancy). She came staggering to the door, rubbing the sleep out of her eyes. By the time she was finally awake, I had her packed.

She said, “Gary, what are you doing?”

Before she was totally awake, we were driving through Missoula, Montana; and by the time she knew what had happened, we were crossing the border into British Columbia. I took her straight to the immigration office. She was 20 years old and got immigration status. I drove back across the line and applied for immigration status with her sponsoring me. And that’s how I got into Canada.

If you want something badly enough, you’ll find a way to make it happen.